Article > Lessons about resilience from nature 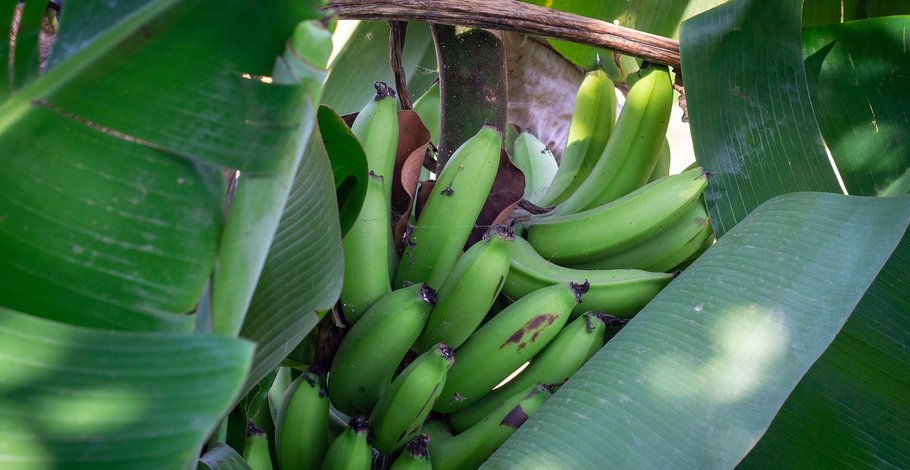 While society is struggling with the Corona pandemic, bananas are facing their own, a fungus called Foc-TR4.

It is not the first time that bananas face a serious threat. In 1950, the pathogen Foc-R1 brought the common banana to near extinction. The only surviving production crop was the Cavendish, due to its fungus-resistant genes. This seedless banana was quickly planted across the globe, replacing its diseased counterparts. This single variety is, to this day, the only banana most of us know and love.

Being able to rely on a resistant species is a good thing, but not entirely. While the Cavendish banana starred in this tale of successful adaptation, this success came at a price. The Gros Michel, the most important production banana at the time, succumbed to the Foc-R1 pandemic. Suddenly, the world had to get used to a new banana, with a different taste.

Until then, the survival of the production banana was made possible through a diversity of species. Genetic diversity served resilience, offering a chance to find different traits to counteract the fungus. We were lucky, the Cavendish saved the day. Yet again however, we missed the chance to learn a lesson. Now, a single variety represents 95% of all exported bananas, all of which are genetic clones of each other (as the Cavendish is seedless). Because of this, the resilience of the species, and the industry built upon it, is close to non-existent.

It took the fungus (Foc-R1) less than 10 years to adapt and affect the Cavendish as it did the others. Ever since, the banana industry has seen more and more pandemics. These have been battled with exorbitant amounts of pesticides, fungicides, and large financial investments, with only few long-term results. Species diversity has remained minimal, which means the banana industry is standing on a single, embattled leg. Diversity, a key factor of the resilience of sustainable systems, is sorely lacking in this case.

Resilience is our prime measure of the ability of systems to deal with unexpected events. Whether it is the genetic diversity in bananas, crops in a field, species in ecosystems, or medical equipment and hospital expansion strategies, the importance of diversity for resilience is ever present. We must build resilience in order to meet these challenges in new ways, learning from nature and mistakes of the past.

You can check out the other systems sustainability indicators on thinksid.org