Mapping water stress worldwide, donate bitcoins for the assassination of world leaders and more violent crime against Afghanistan women. Read all about it in this Wormfood.

Also, this Wormfood features a special section on "Threats to Online Freedom". This section is inspired by the Chaos Communication Congress that Tom, Tijn and Chantal visited in December. 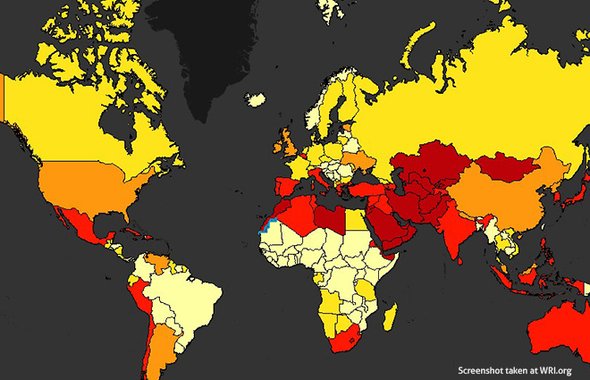 Unexpected and Intriguing: James Bond is an impotent drunk