We introduce to you, our brand new newsletter, the Tomorrow Times. Get updated monthly on critical news about the future. Each edition informs you on the latest happenings, trends, and innovations in the field of systemic sustainability. The theme of this month is: Urban Development Beyond Sustainability. 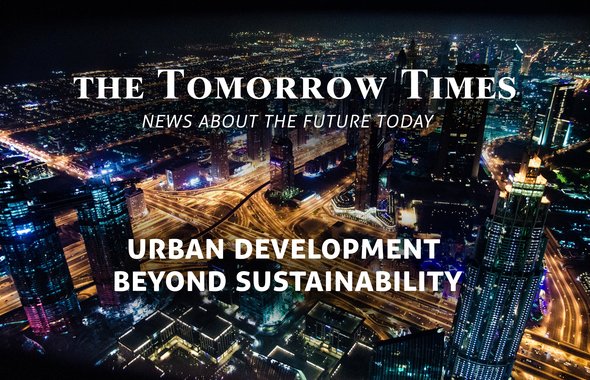 The 21st century has been called the ‘urban century’ (UN-Habitat, 2008). Building and renovating is going faster, cheaper, and more sustainable. That is shifting the building practices radically; from traditional craft towards 21st-century technologies. What actions do we need to develop sustainable cities? To move in a more sustainable direction, we look at visions of what sustainable cities can look like in the future.

Read all about it in the Tomorrow Times. Want to get it first? Make sure to Subscribe.

See a news item suited for 'The Tomorrow Times', or a theme for a newsletter?  Let us know, we'll do our best to make some magic happen!