Except turns 20 this month. This Tomorrow Times looks back two decades in the sustainability field, and wonders: what happened? Sustainability went from niche to buzzword, and now sustainable development is on a journey to establish itself as the new normal. 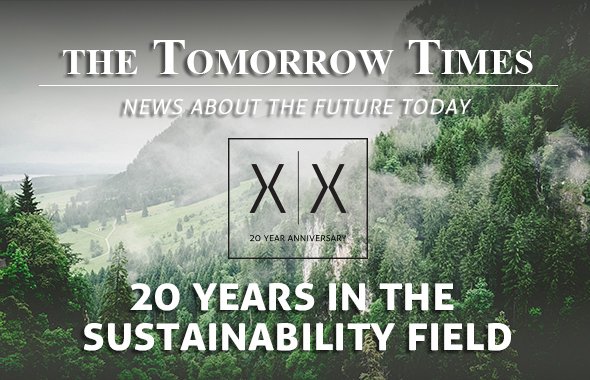 This month, we look back at the achievements that are contributing in changing the rules of production and consumption systems, and in questioning our relationships with our broader environment. We do so by navigating the trends and milestones that gained the spotlight in the sustainability conversation in the last 20 years and by sharing a monthly digest of latest happenings.

On Friday, Sep. 20th we celebrate Except Integrated Sustainability's 20 years of pioneering sustainable development. Register here to join the event in Utrecht.

A 20 year journey through sustainable development