The San Francisco Transbay Center redevelopment project realizes the world’s largest rooftop park in the center of one of the world’s most exciting cities: Salesforce Park. The concept, developed by Except together with Pelli Clarke Pelli Architects, restructures an existing transport hub into a beacon of beauty, biodiversity, and health.  The project started in 2007 and the park opened in 2019.

The project  features innovations such as water and air purification, ecosystem services, biodiversity boosters, and adds an exhilarating new green space in the city. Biodiversity, health, and sustainability are key in this example of progressive urban renewal. 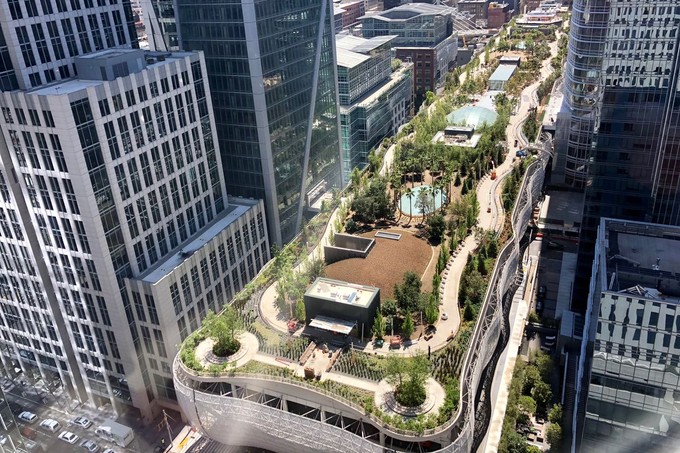 From concept to execution

The Transbay terminal redevelopment was one of the largest architectural competitions to be held in the past decade. We worked with architecture office Pelli Clarke Pelli on conceptual design, presentation and visualization, made the case for a true ecological rooftop park, and won in 2007.

Finally, the world will be able to see that a rooftop park can be more than potted plants and a lonely olive tree, and become a true ecological entity, providing spatial quality, health benefits, economic value and biodiversity.

On September 20th 2007, the TJPA competition panel announced that we had won the competition in favor of Skidmore Owens & Merril and Richard Rogers. The project is currently being executed and finished in 2019. 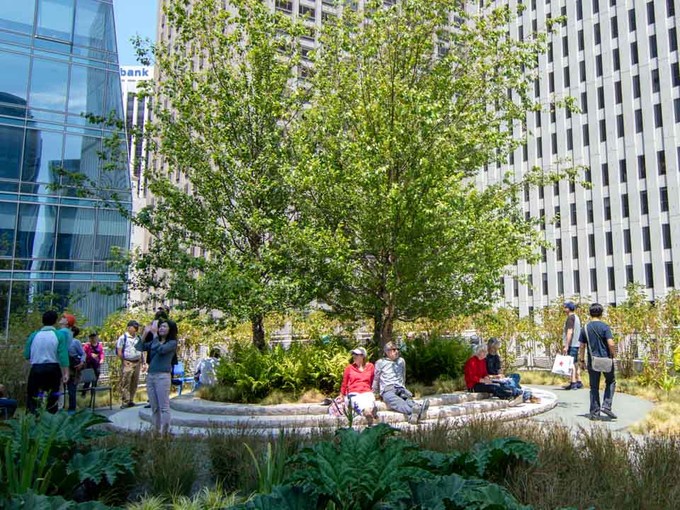 The transbay competition revolved around the replacement of the existing Transbay transportation hub, and the creation of a signature tower for the city of San Francisco. The environmental concerns were considerable, the development time short, and the stakes high. Pelli Clarke Pelli hired Except to jointly develop the conceptual design and the environmental concept. 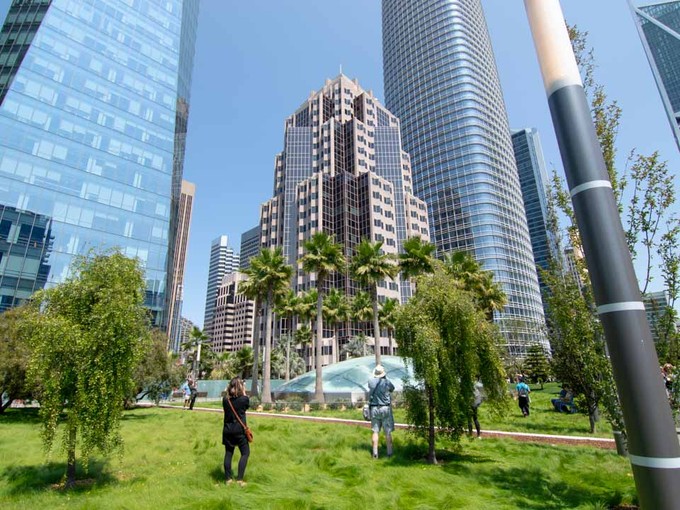 Together with our environmental engineering partner   Atelier Ten the Transbay design culminated in a globally unique proposition. Among the areas of involvement of Except were the main concept development, roof park, ecological system, water features, funiculars/gondolas, main square, bridge connections and landscape design.

This masterplan transforms downtown Shanghai into a fully sustainable community, in energy, food, water, and jobs, designed for Expo 2013. The plan strategically interweaves sustainable innovation with exciting urban design, and making it run with urban agriculture, sustainable technologies and vertical farms. The result is a valuable and beautiful urban community, an emergent circular economy, and a future-proof investment.

We developed a sustainabile conversion and development plan for the post-war social housing area Schiebroek-Zuid in Rotterdam.  The project provides a flexible and exemplary roadmap for converting the neighborhood into a self-sufficient and sustainable area. It applies innovative energy solutions, urban farming, social and economic programs, secondary currencies, and adaptive redevelopment strategies.

This project was commissioned by housing corporation Vestia and agricultural research network InnovatieNetwerk.

Roadmap to the BGI Manual

Bridging the knowledge gap in the field of Blue Green Infrastructures

Blue Green Infrastructures (BGI) increase the resilience of urban and rural landscapes, integrating their core functions with natural features and processes. Hurdles exist in the process of translating BGI-related knowledge and data from science to practice, and a tool that facilitates this transfer is still missing. We conducted a research in collaboration with a team of partner organizations (JNCC, IFLA Europe, BiodivERsA, and NRW), to pinpoint key preliminary knowledge to design such a tool, and collected our key findings in a report downloadable on this page.