Van het Zuiverste Water (translates in 'From the Purest Water') was a stakeholder trajectory led by Stadsstromen to help the Municipality of Almere futureproof their water management approach. Except was asked to assist during several meetings with expertise in illustration, design and stakeholder engagement. 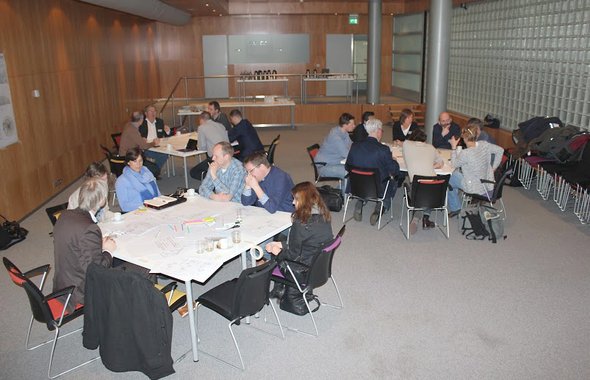 When the project started out in the beginning of 2015 the stakeholders were divided in their approach to deal with important issues at hand such as the city's problematic sewer system, how to deal with a protected animal (the Dutch beaver) that is blocking up the city's water ways and how to market the high quantity and quality of water and nature found in Almere and its surroundings.

Stadsstromen, with the help of Except Integrated Sustainability, brought all stakeholders together in several workshops, mended the relationships between them and helped them to start looking for solutions together. In the end Except created a presentation for Stadsstromen that was in turn presented to the Muncipality of Almere and several stakeholders. It showed the process that was made until then and the suggested next steps.