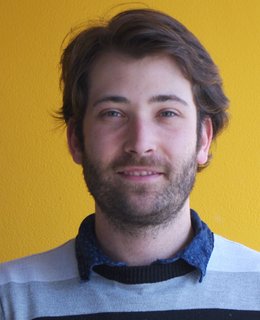 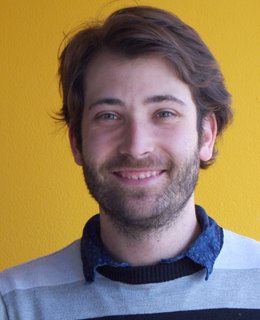 Luca is an expert in  Environmental Building Engineering, who, after years of study and research brings his expertise and knowledge to Except.

As a child it was Lego that inspired Luca to build. After some years of studying, research and work, it was nature that became his biggest source of inspiration. Luca strives to  achieve energy optimization and reduction of environmental impact, while maximizing human living comfort. With that ambition in mind, he directed his education and the first years of his professional career towards green buildings. After a Bachelor in Environmental Engineering in Italy, he worked for a consultancy company that supplied building energy modeling software. Passionate about the achievements of the Danish government, he decided to leave his country to study a Master in Building Engineering at the Technical University of Denmark, where he undertook the Energy Saving study line. This allowed him to work for the Solar Decathlon 2014 and for the International Center for Indoor Environment and Energy.

After one year of working as a researcher in Denmark, Luca felt the need to move forwards, he wanted to work on more tangible projects, together with others, on making the construction system more sustainable. The combination of smart building components and efficient services offers a promising way forwards. At Except, he has the possibility to understand the connections between  those factors, as well as the opportunity to  analyze buildings as a living organism, and the urban fabric as its ecosystem.  He is now part of the 2nd Except Academy and works as a freelance consultant.

Born and raised in Italy, he has developed a sensitivity towards cultural and natural heritage which he combines with engineering knowledge. He believes that innovation is just the state of the art of tradition; one does not preclude the other, they are rather complementary.

Together with partners  Groningen province, the municipality of De Marne, Staatsbosbeheer and Seal Center Pieterburen, Except developed the concept for the World Heritage Center for the Wadden Sea in Lauwersoog. The concept has the ambition to bring 250.000 new visitors to the region, that will experience and become aware of the intrinsic value of the Wadden Sea and the Lauwersmeer.

The center boosts the local economy by generating more visitors and income for the region. It is an international example of sustainability, and its achievements add to its global fame. Following our concept, in 2018 the center was financed with € 29 million and an architectural design was made by Dorte Mandrup.

Will Estonia be the first proud owner of a Polydome sustainable agriculture system in the world?  During the second half of 2015 we researched the feasibility of a Polydome in the Arkna Eco Park. Our study and supporting business plan were funded by Horizon 2020.

LC Packaging serves customers across the globe with packaging products to protect, preserve and transport goods. Except was requested to assess its baseline sustainability performance.

At product level we examined reusing Flexible Intermediate Bulk Containers (FIBCs) and found a significant CO2 emission reduction potential. At corporate level we investigated energy and water use, waste generation and CO2 emission. See below for our main findings.

In Rakvere, Estonia, we developed the masterplan for the 671 Ha self-reliant Arkna Eco-Park. The park is built on a historical site tracing back to 1527, and becomes a primary tourist destination in the country, including a Polydome sustainable agriculture system.

We worked with  Arkna Eco-Park to build a complete masterplan template for years to come, including its marketing strategy, identity, logos and brochures, closed loop metabolism, food system, event program, and design guidelines.

We’re working with Schiphol Real Estate and more than 70 stakeholders and experts on boosting sustainability and performance of the Schiphol Central Business District with the concept of a Catalytic multi-tennant office design.

The Future of Sterkenburg

Historic sites struggle to find business models that protect and optimize their cultural heritage in a rapidly changing world. The owners of the medieval castle of Sterkenburg in Driebergen decided to take up this challenge, looking for new ways to reignite its economic and social value. They engaged a multidisciplinary group of sustainability experts from Except Integrated Sustainability, who developed a special program to help historic sites unearth their opportunities. The resulting roadmap delivers concrete, immediate cost savings in the short term, and new ways for the castle to play a role in both today’s, and tomorrow’s society.